What an amazing program! Thank you Roots for speaking with us about your organization and work. 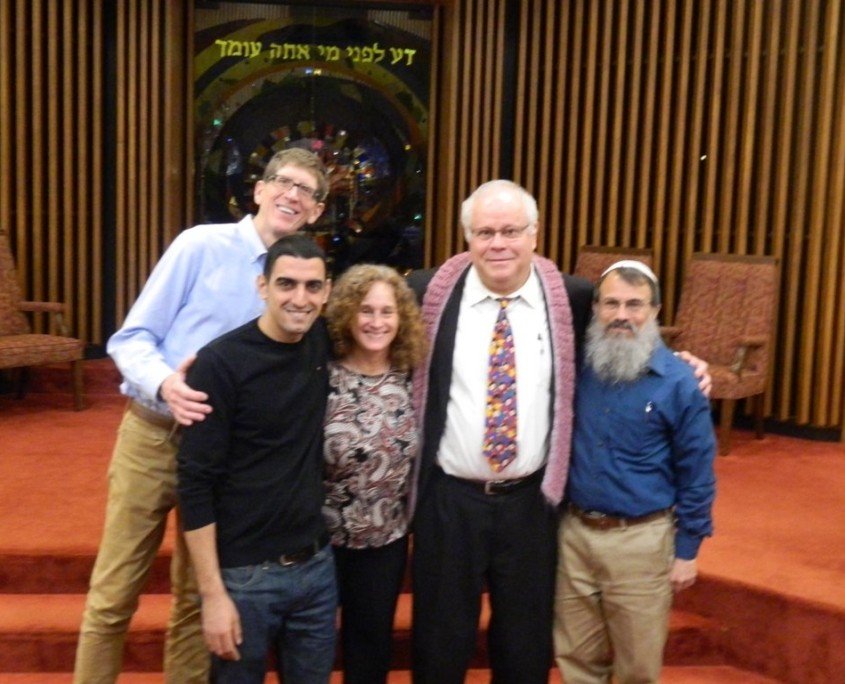 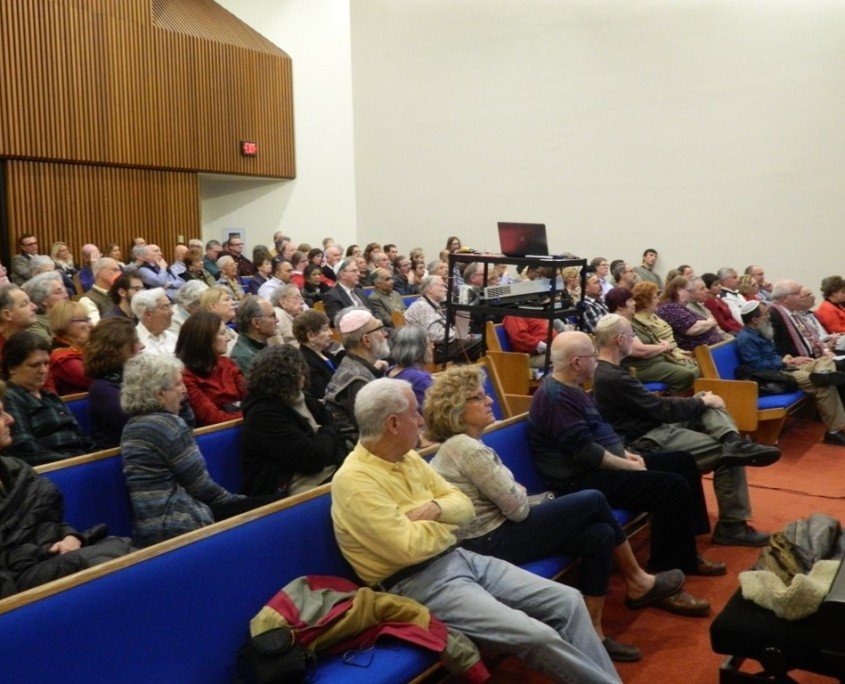 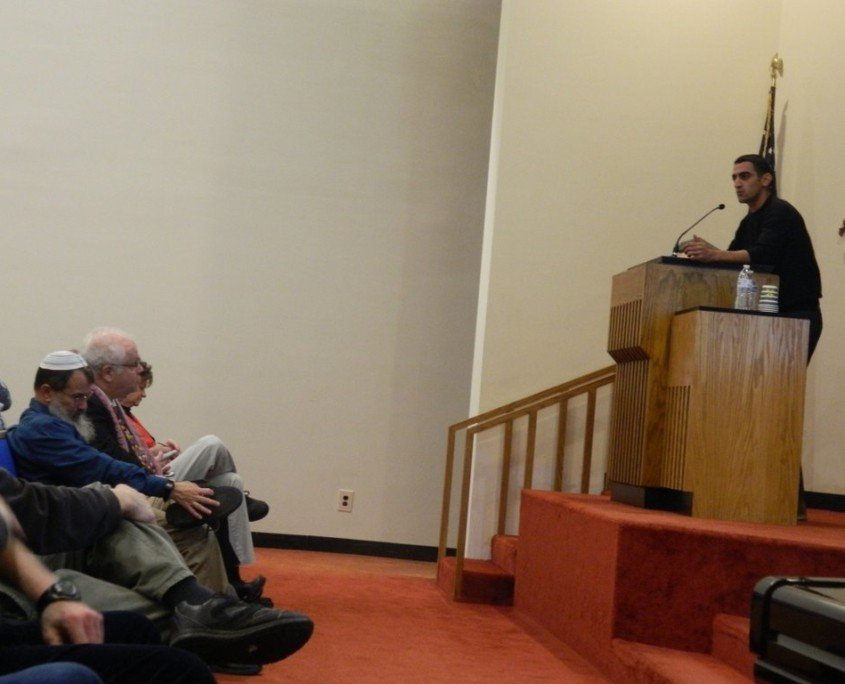 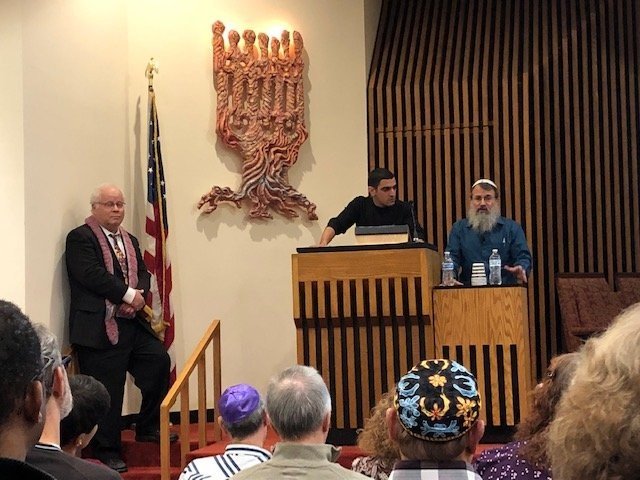 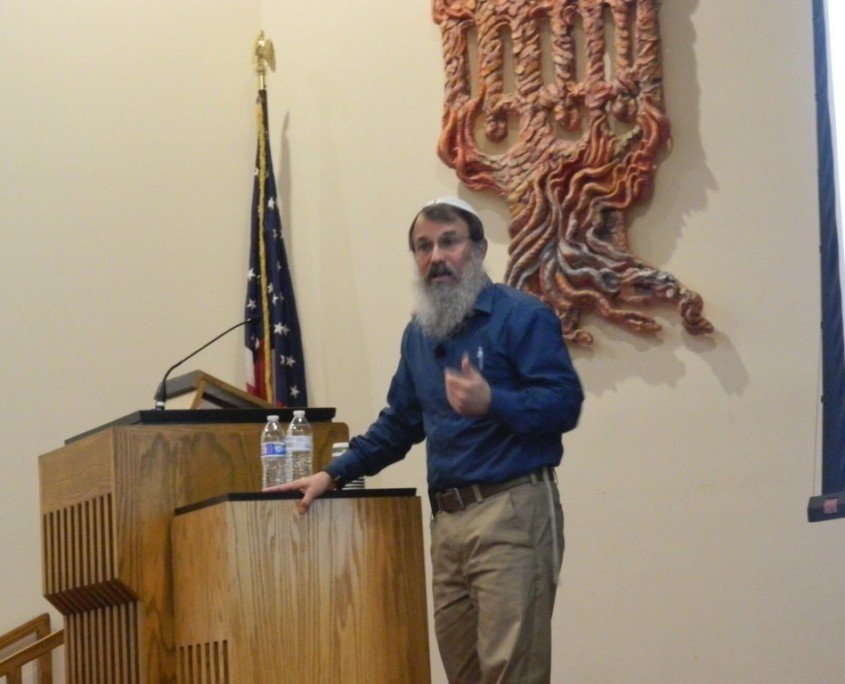 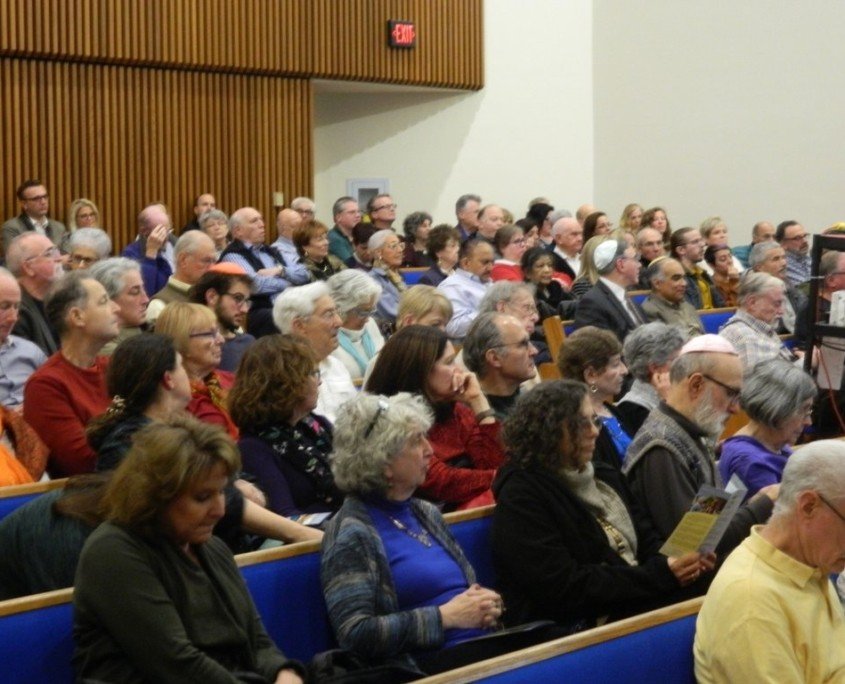 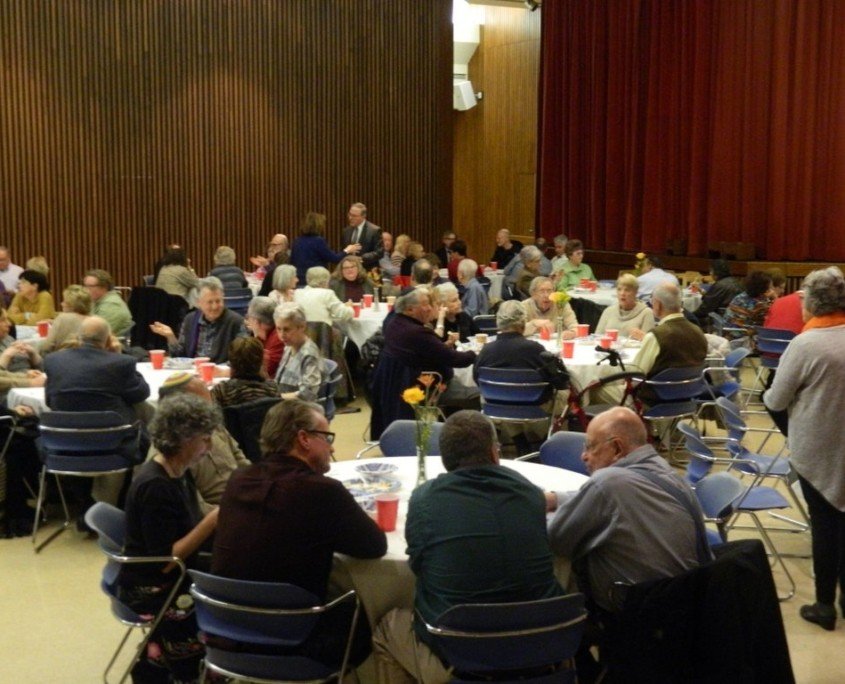 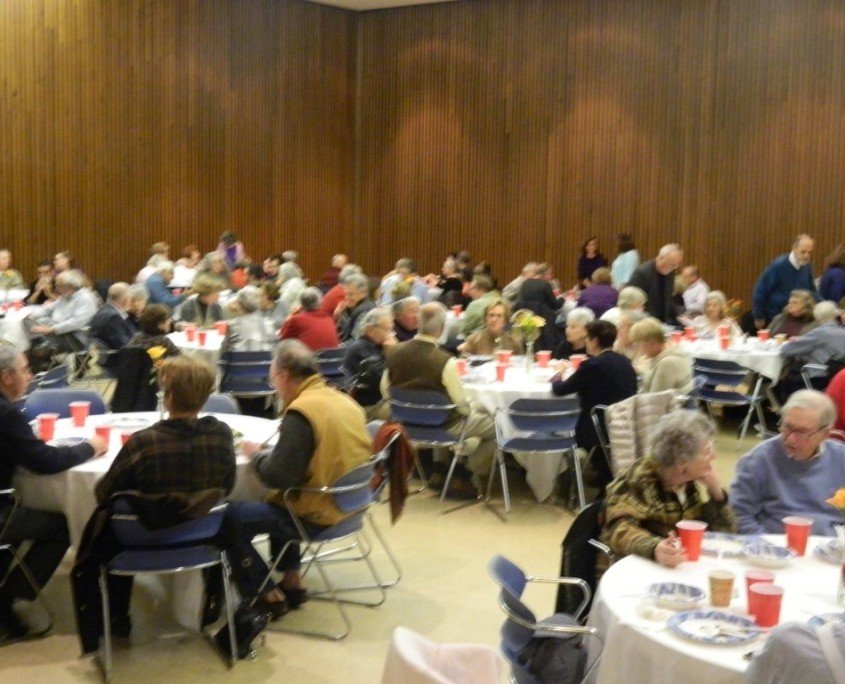 Rabbi Hanan Schlesinger, a West Bank settler, lives less than a mile from his Palestinian neighbors, but they might as well be a world apart.
Despite the close proximity, their two communities share virtually nothing.
They drive cars with different license plates (blue for Israel, green for Palestine).
They have different garbage collectors.
Different schools.
Different holidays.
Different media.
They even live in different time zones. They switch to and from daylight savings time on their own schedules, meaning Jews and Arabs could be on the same street and have different times on their watches.
“We’re so close together, but so far apart,” Schlesinger said. “There’s no connection, and that means there’s going to be bigotry; there’s going to be stereotypes; there’s going to be racism, and there’s going to be hate.”
He said there’s “no piece of earth” that is common to both sides. “Every piece is either theirs or ours. There’s no place to meet.”
Yet for two hours on Sunday, Nov. 10, at The Temple, Schlesinger, an Orthodox rabbi from Gush Etzion, and Shadi Abu Awwad, a 27-year-old Palestinian educator from Beit Ummar, both on the West Bank, did meet, sharing a pulpit as they described how they are trying to bring Jews and Arabs together on “one piece of earth” to share their stories, build trust and lay the foundation for an eventual peace.
Schlesinger and Awwad are members of Roots, a grassroots organization (no pun intended) consisting of West Bank settlers and Palestinians who have agreed to come together and seek the common ground they can’t find in their daily lives.
The Temple, Temple Shalom, the Jewish Community Relations Council, Interfaith Paths to Peace and the Middletown Christian Church sponsored their visit, which included programs at St. Francis School downtown and the Muhammad Ali Center.
Founded in 2014, Roots uses workshops, summer camps and youth programs to promote its message. It also engages media and leaders – activists, city officials, soldiers.
Speaking before a crowd of 200 or more in The Temple chapel, the word “roots” in English, Hebrew and Arabic projected on a screen behind them, Schlesinger and Awwad described how Roots participants meet regularly on land provided by Awwad’s family. They’re nervous at first, even fearful. Yet they manage to strike up conversations with people who had previously been their enemies.
And they learn hard truths.
“There’s violence in the West Bank,” said Schlesinger, an ardent Zionist. “The thing is that Israelis – my people – we only know the violence that they (the Palestinians) do to us. We don’t know the violence that we Israelis do to them; it’s not in the newspapers. And the Palestinians, they know the violence Israelis do to them, but they have very little knowledge of the violence that their people, the Palestinians, do to us Israelis.
“Each side is certain that the other side is bad, and we’re good. Their side is violent and aggressive – they’re terrorists – our side is peace-loving,” continued Schlesinger, a New York-born co-founder of Roots. He said Roots seeks to “humanize the enemy – at least a little bit.”
Awwad described how a simple act of driving a car can be a life-or-death experience for a Palestinian.
He recalled coming through an Israeli army checkpoint. As the soldiers waved him through, and he started pulling forward, an Israeli woman crossed the road in front of him.
Immediately, Awwad slammed on his brakes to avoid hitting her, which triggered an Israeli soldier to train his weapon on him, thinking he might be a terrorist poised to attack.
It was a Catch-22 situation, Awwad said. Either hit the brakes or risk hitting the woman. Either way, he could have been shot.
The status quo, or “normalization” as he called it, is not the way to a lasting peace.
“Respect and dignity is one of the most important things for us,” Awwad said. “You have to stick to your identity and your rights, and all of that, which is against normalization. We just believe you cannot give up part of your identity and call for peace from a point of weakness.”
Neither should Palestinians resort to violence, he added. “I am a human being before being a Palestinian.”
Schlesinger and Awwad are touring America, visiting synagogues and churches to talk up Roots’ mission. Not so many mosques, Schlesinger lamented (only one on this trip). “We have real difficulties speaking in mosques. There’s sociological reasons; there’s economic reasons; there’s political reasons.”
They also speak at universities, where Awwad is “shocked and mad” about the degree to which students are “moving the conflict to the campuses,” fighting instead of talking.
“We should also have Roots here for the students so they can really talk to each other,” Awwad said to a round of applause.

Want to help?
Roots has a mailing list of about 3,000 supporters. To support them, visit friendsofroots.net. See the column on page 6 for more details.

Mazel tov, to David Kaplan, as he was called to the Torah as a Bar Mitzvah in Israel at the Egalitarian Wall.

What is Bar/Bat Mitzvah?

Bar or Bat Mitzvah is a title a Jew earns at the age of 13. The title indicates a new status in the Jewish community with accompanying privileges and responsibilities.

Bar means “son” and Bat means “daughter.” A mitzvah is a ‘commandment.’ Thus, to become a Bar or Bat Mitzvah is to become a son or daughter of the commandment, that is, one who is obligated to learn about and to observe commandments and Jewish practices as an adult.

Mitzvot teach us to sanctify life. They foster both selflessness and self-esteem, so crucial to the life of a young Jew. They can bring Jewish families closer to the Jewish people, to all people, and to God. Getting ready for Bat and Bar Mitzvah provides a perfect opportunity to bring mitzvot into our Jewish lives. The terms Bar and Bat Mitzvah can therefore be understood as “old enough to do mitzvot.”

The Bat/Bar Mitzvah child at The Temple leads part of the Saturday Shabbat service and reads or chants the Torah and Haftarah portion and blessings for that particular Shabbat. Reading the Torah and Haftarah is an honor and a privilege, but it is also a challenge. It requires knowledge of the Hebrew language and an understanding of sections of our sacred texts. It also affords the students an opportunity to take an adult role in the synagogue and the Jewish community.

More than 40 people enjoyed learning with Rabbi David about the current state of the government of Israel at Chavurat Shalom. 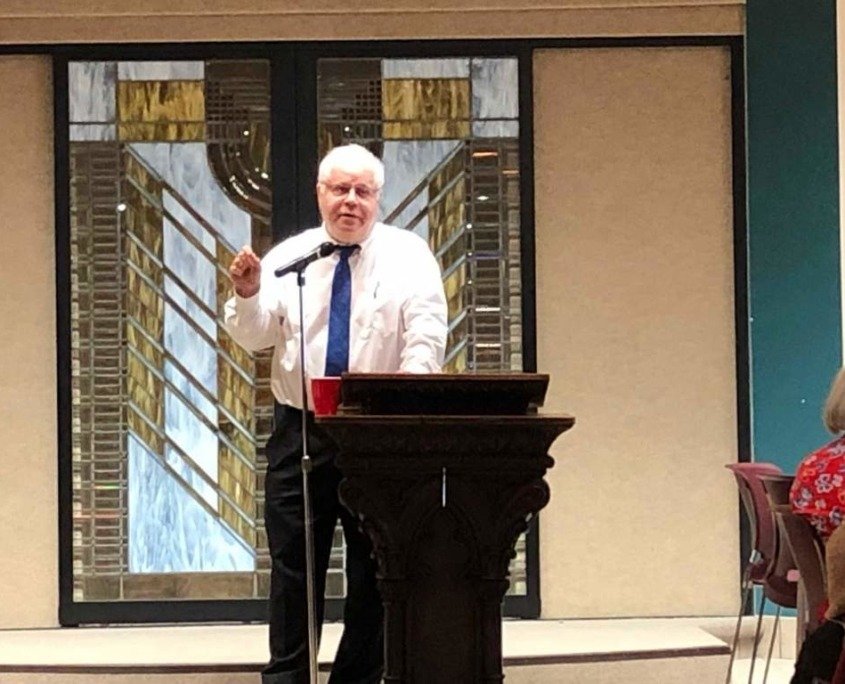 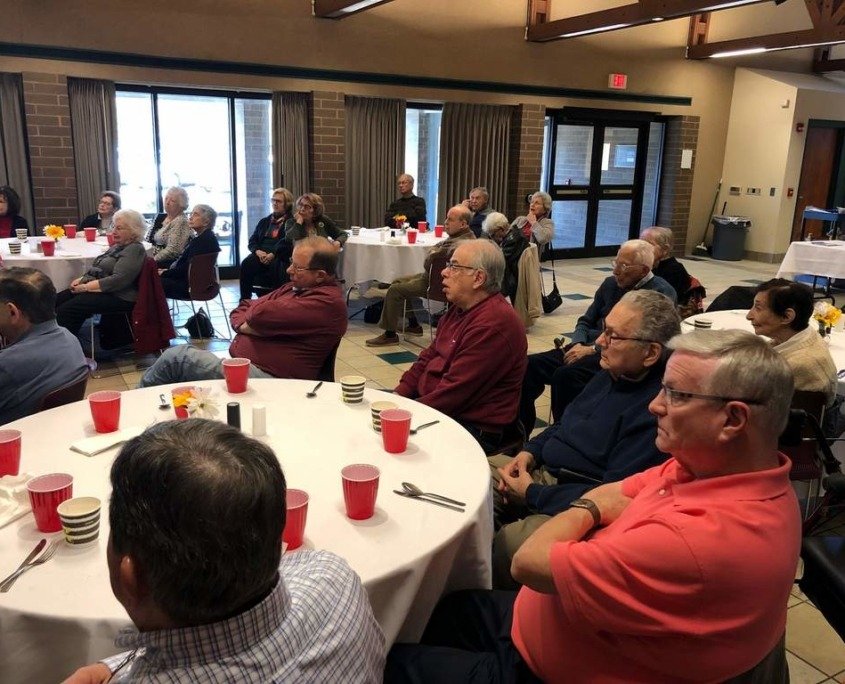 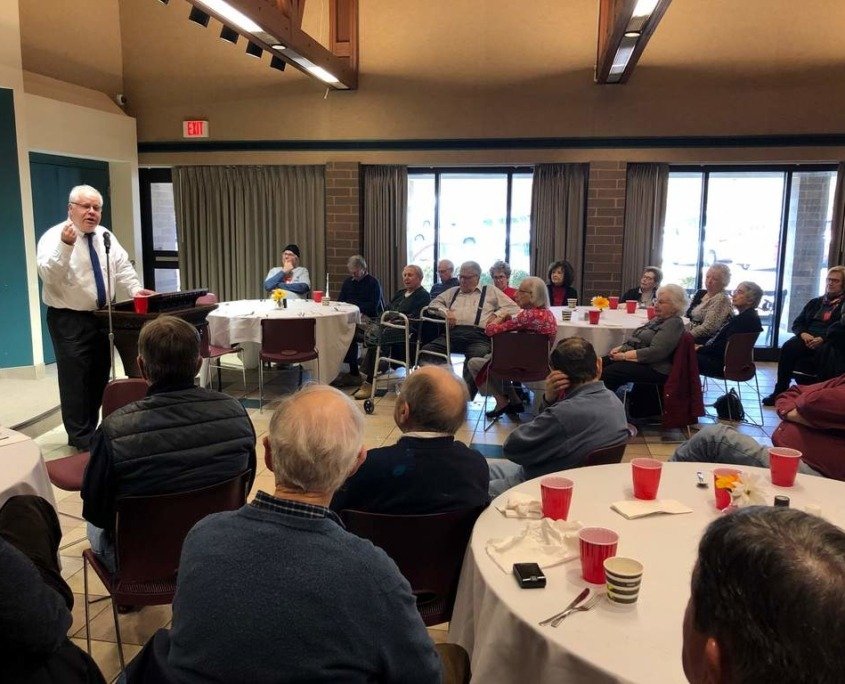 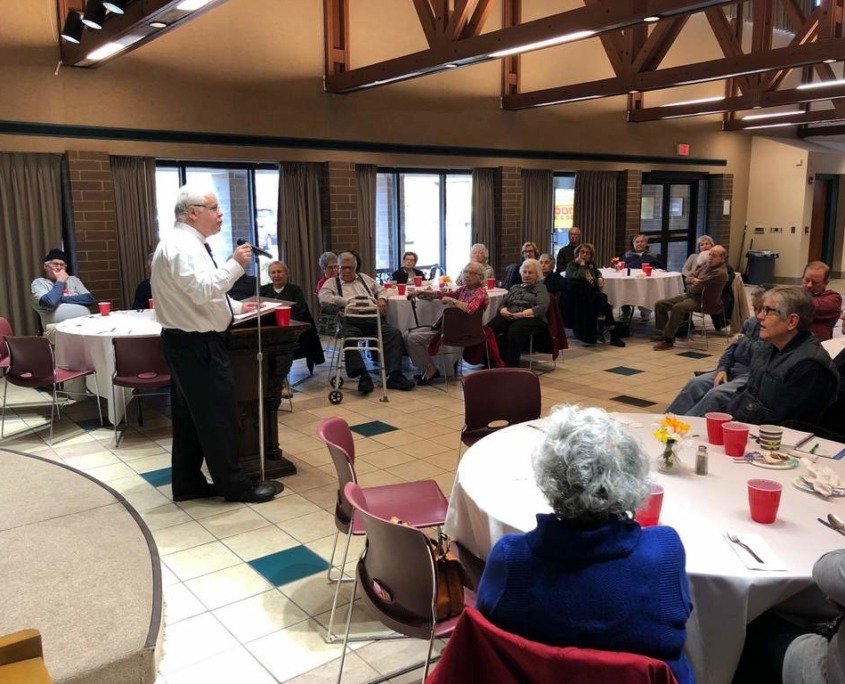 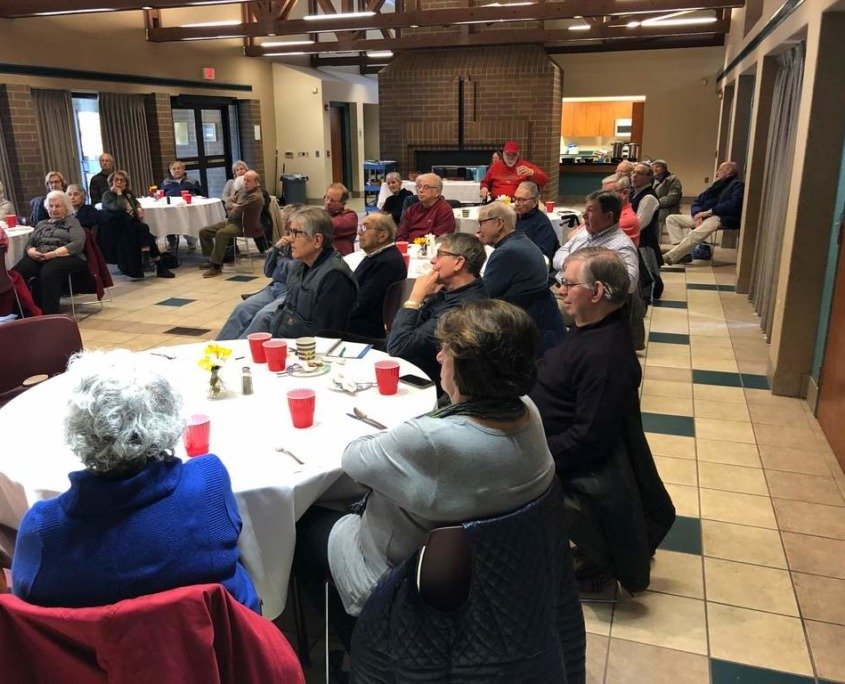 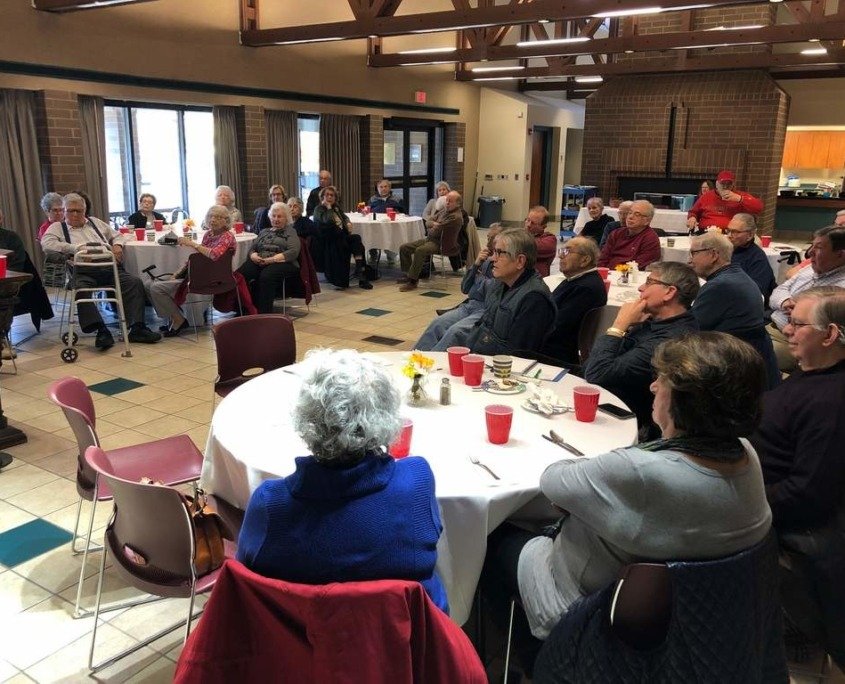 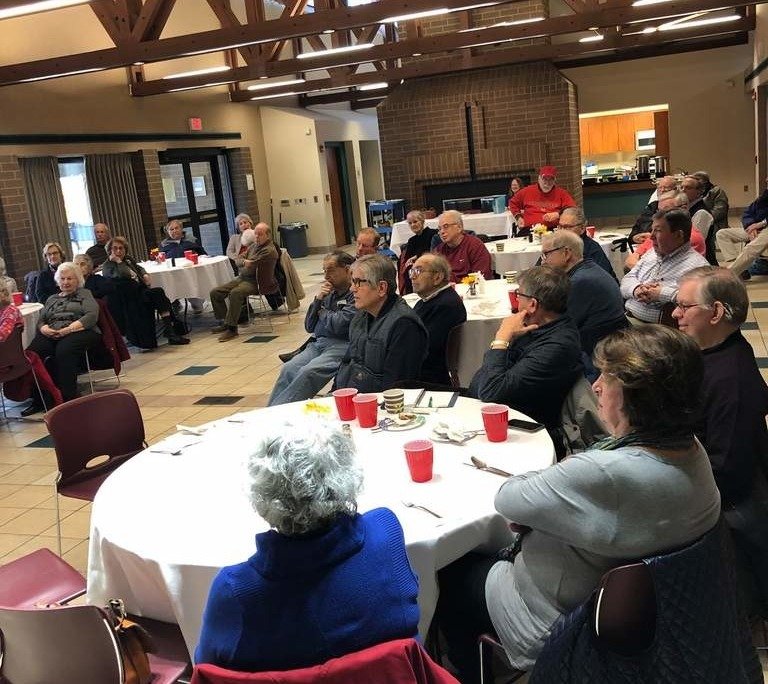 We are a unique opportunity for seniors. Every Thursday from noon until mid-afternoon, a group of seniors meet socially. They share intellectual and spiritual activities at The Temple.  We call it Chavurat Shalom, Circle of Friends, and we’d like to invite you to join us.   If you’re over 60, we invite you to experience Chavurat Shalom’s warm and welcoming “Circle of Friends” every Thursday as we enjoy a catered lunch and a great program. There’s room for you! Please contact Sarah Harlan for more information on how you can be part of the community. 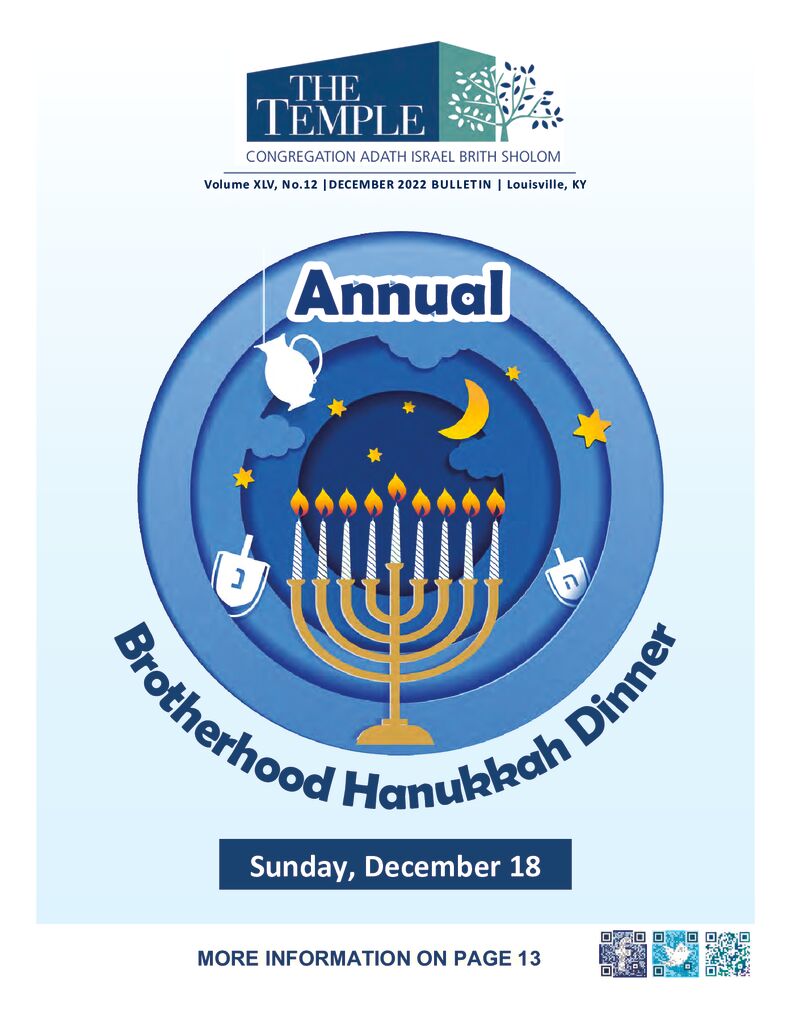