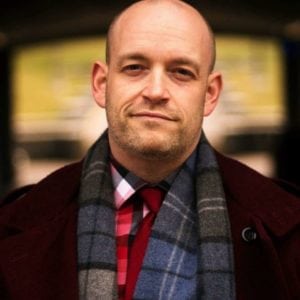 Throughout its 175-year history, The Temple and its antecedents – Adath Israel and Brith Shalom – have never had a professionally trained cantor. But things are changing at Kentucky’s oldest Jewish congregation with the arrival of Student Cantor Mike Jarvis. Jarvis, 42, who was introduced to the congregation at its August 31 Rabbi’s Dinner, is starting a yearlong internship at The Temple. The second-year cantorial student at Hebrew Union College-Jewish Institute of Religion in New York sang in Louisville for the High Holy Days and will be here once a month through next spring.

“It’s brand new to us,” The Temple President Matt Schwartz said of the internship. Jarvis said he felt an immediate connection to the congregation when he was interviewing for internships.
“I spent a lot of time in the South,” he said. “There’s something about Southern congregations that emphasizes warmness and togetherness, and I could feel it through the screen during my interview. I could feel the warmth of that congregation.”

Jarvis’ presence at The Temple could be a prelude of things to come at The Temple. When Schwartz surveyed the members in 2014, asking them open-ended questions about what they want from their congregation, he got some eye-opening answers. “One thing that came up – and it probably came up 30 or 40 times in the survey without a question – was, ‘hey what about a cantor?’” Schwartz said. “It was just out there in the ether.” While he stopped short of calling Jarvis’ internship a test run, he did say the congregation will be regularly surveyed throughout the year, gauging the membership’s response to a cantorial presence.

Meanwhile, he doesn’t anticipate serious changes to the way The Temple worships, though he does expect to learn a thing or two. “There may be opportunities for new events,” Schwartz said. “He may bring some current thinking on music and style, things to enhance the service, but he’s, number 1, a student, and, number 2, at the direction of our rabbis.”

For Jarvis, a native of northern Virginia, the cantorate is a second career. Previously, he worked as a business process developer, helping companies streamline their operations. “It was fulfilling in a business sense, and I certainly made money from it,” he said, “but it made rich people richer, and after going into it day in and day out, I said there has to be something more fulfilling than making rich people richer.” So he went to work for the World Wildlife Fund, but was laid off after two years due to a weak economy.

That was about when Sharon Steinberg, then-cantor of Beth El Hebrew Cong in Alexandria, Virginia, where Jarvis was a member, suggested that he go to cantorial school. Jarvis, who was already helping to train b’nai mitzvah students, had an affinity for middle school kids coming of age, so it seemed like a good fit. “As a cantor, part of my job is to help kids know that Judaism is relevant and interesting,” he said, “and they are encouraged to ask questions, explore and find what’s relevant. When I was a kid, it was like, ‘you’re going to learn this whether you like it or not.’”
He went back to school, earning a degree in vocal performance and religion from James Madison University before enrolling at HUC-JIR.

While The Temple has never had a professionally trained cantor, it has had religious leaders who were musically knowledgeable. B.H. Gothelf was the “chasan” of Adath Israel from 1866-67. According to Judah M. Cohen, associate professor of music at Indiana University, the position involved many different tasks back then. “People were being hired into the position of chasan who were knowledgeable about the liturgy, [had] the ability to lead the liturgy, engage in debates as to how the liturgy was to go, and to do so meaningfully in relation to the congregation,” he said. By the 1860s and 70s, though, the cantorate and rabbinate were splitting into separate spheres that required certified trained professionals, Cohen said.

More recently, The Temple has had a choir, Shir Chadash and its leader, Louis Bailey; a vocalist, Jennifer Diamond; and a musically trained rabbi, Gaylia Rooks, to take care of its religious musical needs. “If you’re going to be leading a congregation,” said Cohen, who is coming out with a book on Jewish religious music in 19th century America, “you want to have some kind of musical knowledge.” Fully aware that he’s still a student, subject to direction from Rabbis Joe Rapport and David Ariel-Joel, Jarvis is just happy to be doing what he loves.
“I have the opportunity to bring joy to the lives of people while I’m learning,” he said.

by Lee Chottiner, from https://jewishlouisville.org/student-cantor-starts-yearlong-internship-at-the-temple/

Pride Shabbat at The Temple 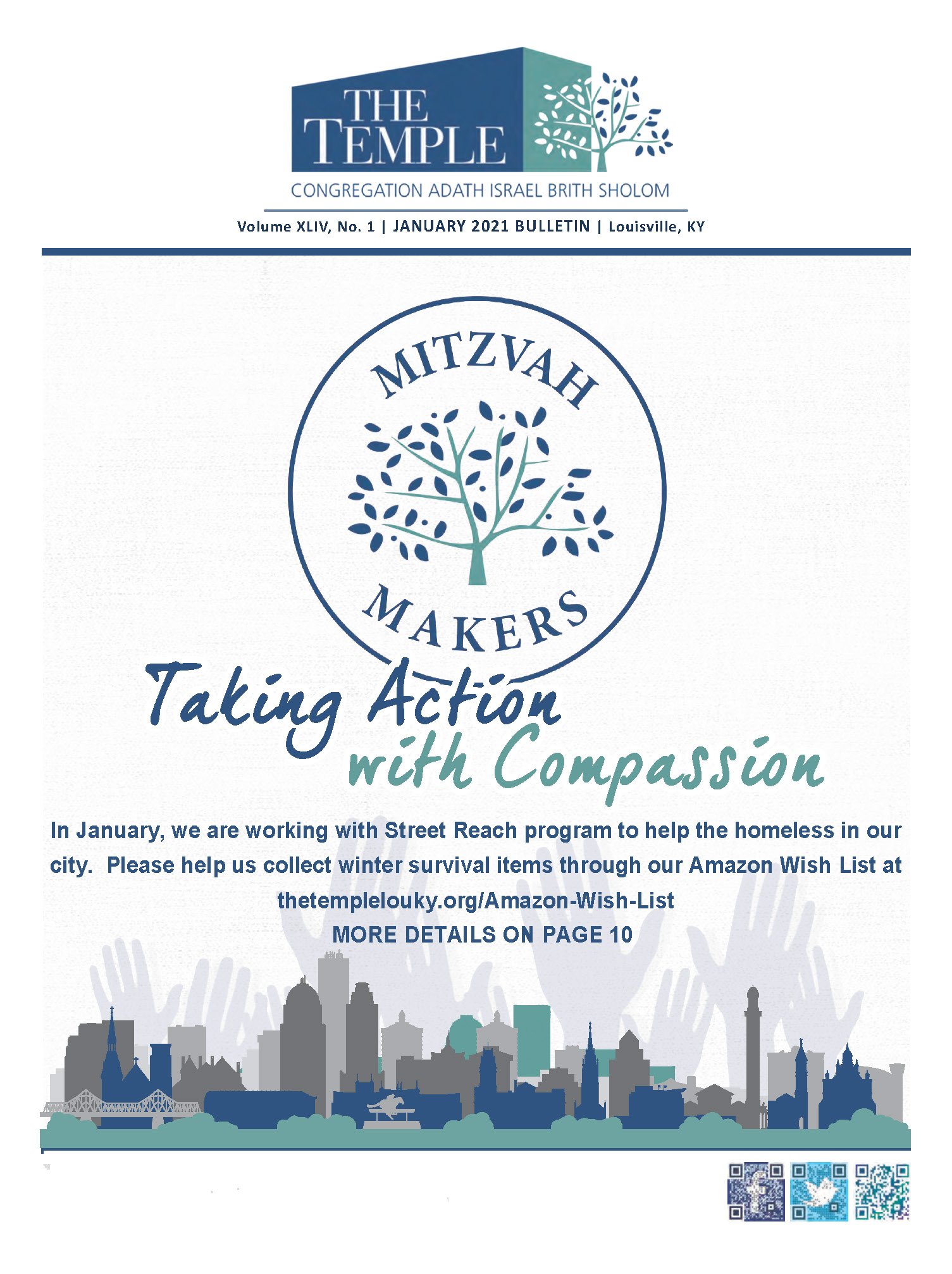