The Conversation with Lonita Baker on the Killing of Breonna Taylor 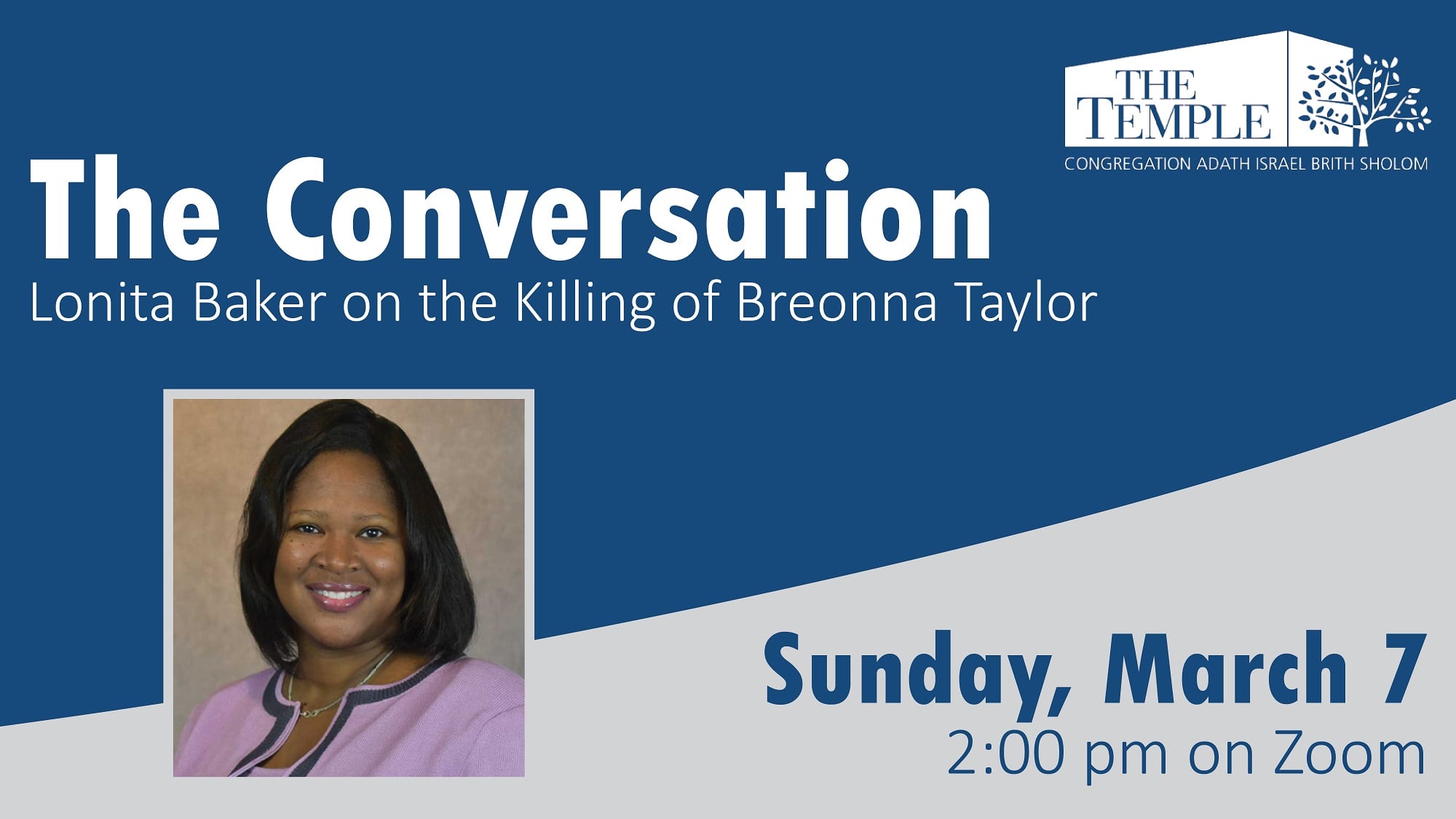 This month marks the one-year anniversary of the death of Breonna Taylor who was killed by the police when they raided her home on March 13, 2020. Her killing sparked a nationwide conversation on systemic racism in our community and in ourselves. It is a sad fact that, but for the work of her family’s lawyer, Lonita Baker, Ms. Taylor’s death could have been yet another grim, and largely ignored, statistic. Instead, this horrible moment came into national focus and is forcing a long-needed reckoning with Louisville’s past and our future. Lonita is an excellent attorney with a unique perspective. Please join this month’s conversation with her.

More about our speaker:

Lonita is the current president of the Charles W. Anderson, Jr. Bar Association and serves on the National Executive Committee and Board of Governors for the National Bar Association (NBA), the nation’s oldest and largest association of African-American lawyers and judges. She also served as Chief of Communications for the NBA, under the leadership of past president Benjamin L. Crump, Esquire. Lonita is currently on the Board of Directors for the Louisville Bar Association, and she serves as an adjunct professor at the University of Louisville Brandeis School of Law.

Windows to Israeli Society through Poetry and Literature
Scroll to top