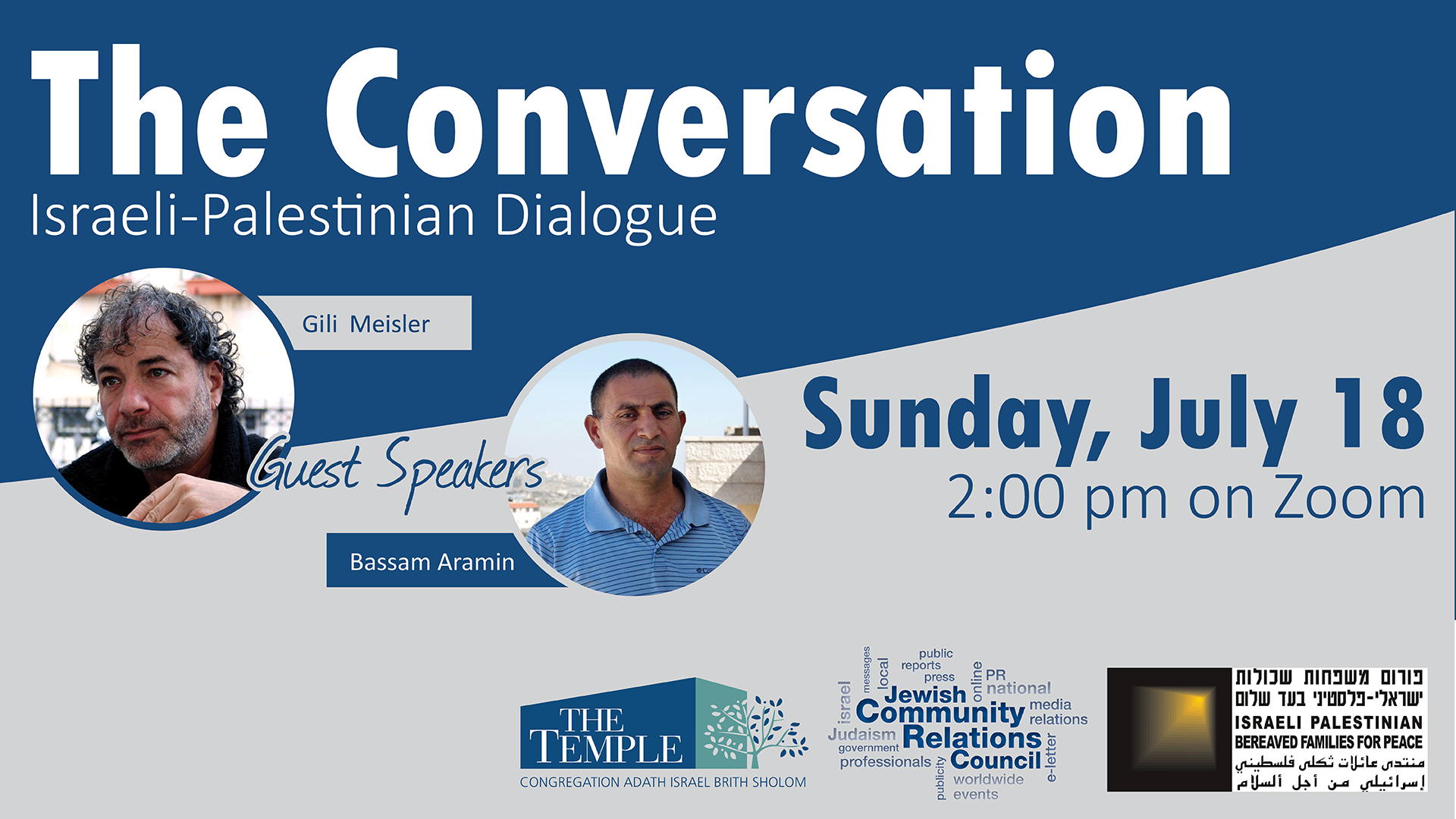 Please join The Temple and the Louisville Jewish Community Relations Council for a conversation about the human side of the Israeli-Palestinian conflict. Special guest speakers

Bios:
Gili Meisler lost his only brother, Giora, in the Yom Kippur War. After being MIA for almost two years, Giora became known as the ‘missing soldier’ of the Yom Kippur War. Gili is a filmmaker who made “Fireflies”, in which he tells the story of Giora’s disappearance and what happened to him years later in the Far East. Six years ago, Gili joined the Bereaved Families Forum . He also conducts dialogue meetings in which he seeks to harness his personal story to promote dialogue and reconciliation.

Bassam Aramin lives in Jericho in the West Bank. At the age of 17, he was incarcerated and spent 7 years in an Israeli jail. He went on to study history and holds an MA in Holocaust studies from the University of Bradford, England. He became a member of the Parents Circle in 2007 after losing his 10-year-old daughter Abir, who was killed by an Israeli border policeman in front of her school. Bassam devotes his time and energies to his conviction for a peaceful, non-violent end to the Israeli occupation of Palestine and to Israeli-Palestinian reconciliation. Bassam is the former Palestinian Co-director of the Parents Circle – Families Forum.

Brief description of the Parents Circle:

The Parents Circle – Families Forum is a joint Israeli-Palestinian organization made up of more than 600 bereaved families. Their common bond is that they have lost a close family member to the conflict. But instead of choosing revenge, they have chosen a path of reconciliation.