Sunday Night at the Movies with Rabbi Rapport 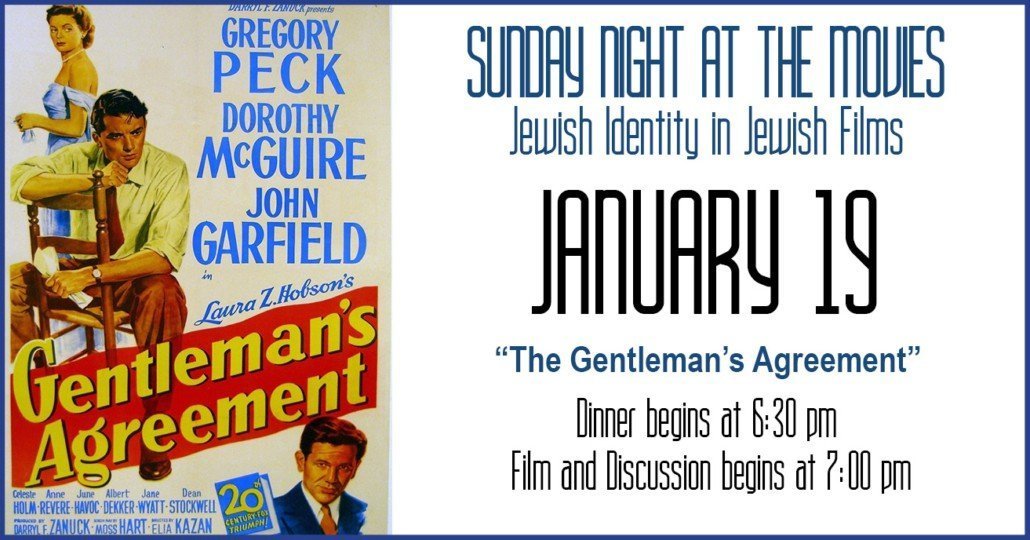 Join Rabbi Joe Rooks Rapport for a series of five films highlighting the evolving image Jewish Identity through the movies. From classic films like Gentlemen’s Agreement and Fiddler on the Roof; to coming of age movies like Stranger Among Us, Defiance, and Denial, to the newest 21st Century explorations of Jewish Identity of Restoring Tomorrow. A pizza dinner is provided before and a Jewish identity discussion after each film.